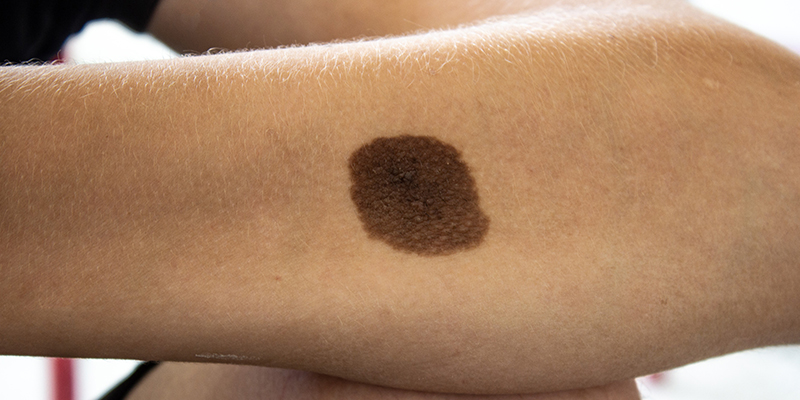 When you look at your body, you would notice a lot of different kinds of marks, spots, blemishes, etc. Some of them may be cancerous while most of them are non-cancerous. Each of these have their own causes, symptoms, treatments, etc. Hence, it is very important to understand what these marks and spots are so that you know what you are dealing with. One such mark is melanocytic nevus. Let us understand what are these marks and how to treat them effectively?

What is Melanocytic Nevus?

A melanocytic nevus is a disorder of the skin cells which produces pigmentation. These are generally non-cancerous in nature and are more commonly known as moles. These moles may either exist since your birth or you might develop them later in your life. In majority of the cases where an individual has a melanocytic nevus, there is no treatment required. However, there are few cases in which this melanocytic nevus marks need to be removed.

A disorder of melanocytes is caused when cells that are responsible for producing melanin result in the development of melanocytic nevus.

Also Read: How To Increase Melanin In Skin?

There are different types of melanocytic nevus which include –

Though there is no one definite cause of melanocytic nevus, there are couple of causes which can result in their development. These causes include –

Also Read: How To Take Care Of Skin From Sun?

The most basic way of diagnosing a melanocytic nevus is by observing its appearance. Below are the factors which need to be checked in order to diagnose these moles –

It is best to consult a dermatologist if you notice the above-mentioned characteristics so that they can perform an in-depth check and find out if the mole is cancerous or non-cancerous and begin the treatments accordingly.

Also Read: How To Find A Dermatologist?

In most of the cases, there is no need for removal. The main reason why people might opt for it are –

Most of these treatments can help in reducing the appearance of the moles as well as completely remove them. But before trying out any of the treatments suggested here, do ensure that you consult your dermatologist and take their opinion and suggestions. It would also help you to get a deeper understanding and knowledge about your condition.

Apart from these, your dermatologist might also suggest a electrosurgical destruction to reduce the appearance of the moles.

Though in majority of the cases a melanocytic nevus is benign, there are certain cases in which they may be malignant. Check with your dermatologist for more insights.

Melanocytic nevus is essentially a tumor but in certain cases it can also be cancer. Proper diagnosis by an expert dermatologist will help you understand the same.

Though moles are often thought to be a common appearance on our skin, it is still imperative that you pay a close attention to them and take note of any changes in their size, appearance, structure or color. This will aid you in ensuring that you get it treated effectively and at the right time.