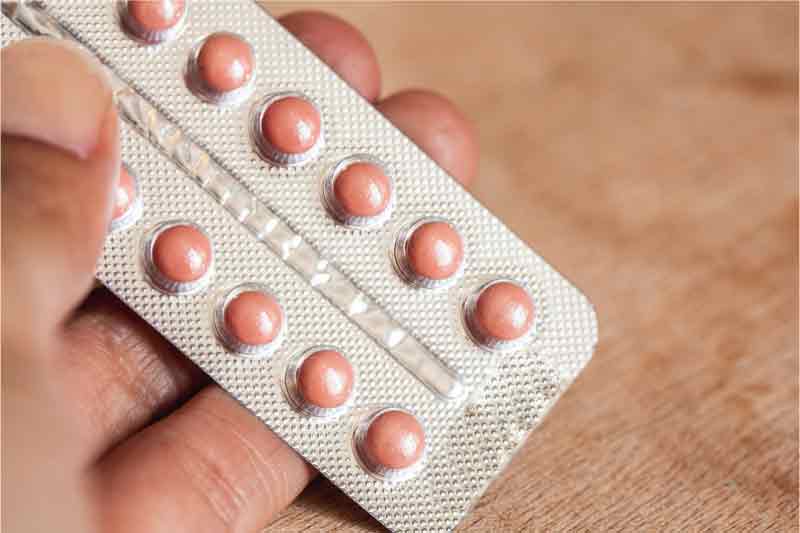 Hair loss can turn into balding causing permanent hair loss from the scalp mainly at the temples or at the crown area in males. The most popular oral medication proved to be effective in treating male pattern baldness is known as Finasteride. Finasteride is sold under brand names Proscar and Propecia. These medicines contain Finasteride as an active ingredient that works by slowing the hair loss in men.

Despite the side effects, Finasteride is a popular and effective choice for treating hair loss and male pattern baldness. The major benefits of Finasteride tabet include –

How Does Finasteride Work For Hair Loss In Men?

Male pattern baldness is caused largely by the hormone Dihydrotestosterone (DHT). The DHT hormone acts on the hair follicles by shrinking them. This eventually results in stopping the growth of hair. Once the shedding phase of hair growth cycle starts, the hair will shed at a faster rate than new hair replacing them.

The continued hair shedding will lead to thinning of hair and receding hairline in the form of ‘M’ shape at the top of the head. When you take Finasteride, it acts by blocking the 5-alpha reductase enzyme which is responsible for the production of DHT from testosterone. Using the Finasteride continuously leads to a drop in this hormone in the bloodstream. The decreased amount of DHT will lead to slower hair loss and increase hair regrowth.

Finasteride is used for hair growth by taking this medication orally as directed by the doctor. The tablet is taken once daily or as prescribed by the dermatologist. It should not be crushed or broken and should be taken as whole by mouth, with or without food.

Finasteride 1 mg dose is used to effectively lower the DHT hormone level in the scalp and treat hair loss. 1 mg dose equals one tablet of Propecia taken once in a day for effective results. Also, it must not be taken by anyone under the age of 18 years.

How Long Before You See Results?

Common Side Effects Of Oral Finasteride

Finasteride is effective in reversing the hair loss caused due to male pattern baldness and has a high success rate. It is prescribed by the dermatologist between three months to one year before you actually see results. However, it has some side effects as well which are mentioned below –

How Long Do Side Effects Of Finasteride Last?

The side effects may last a year after discontinuing the use of Finasteride.

How To Reduce Side Effects Of Finasteride?

The surest way to reduce or eliminate the side effects of Finasteride completely is by not taking the drug. However, the side effects can be reduced to a good extent by reducing the dose from 0.5 mg to 0.25 mg. The doctor may also suggest reducing the intake of doses. Another successful alternative that works without stopping the treatment is to use topical finasteride in conjunction with oral medicine. The topical Finasteride will be absorbed by the scalp and side effects will be much less.

What Other Treatments Are Available If Finasteride Does Not Work?

Though Finasteride for hair loss is proven to be the most effective treatment, if it doesn’t work (in rare cases) then other treatment options can be considered.

Platelet Rich Plasma (PRP) therapy is another popular choice for hair loss treatment where the patient’s own blood is used to treat hair loss. The treatment involves extracting blood plasma and then activated accordingly before injecting in the scalp. The activated platelets present in the blood plasma are rich in growth factors and nutrients required for regrowth of hair naturally.

Finasteride is a popular choice for treating male pattern baldness as it halts hair loss and can even regenerate new hair. It is an FDA approved medicine that offers a safe and painless solution for treating hair loss. It works best in males above age 30. However, it is not recommended for the females. Finasteride works effectively and has a higher success rate.

Minoxidil is a more effective option in treating early alopecia and promotes hair regrowth. But it doesn’t work for every case of male pattern baldness. As compared to Finasteride, Minoxidil has a lower success rate as many people report no change in hair loss after taking Minoxidil. Minoxidil has fewer complications or side effects and can be used in females as well.

Finasteride and Dutasteride are both used for treating hair loss because of their property of being used as alpha-reductase inhibitor.

Finasteride was developed in the 1970s and is successfully being used in treating male pattern baldness. It is an FDA approved drug that is taken orally to effectively slow down hair loss as well as promote hair regrowth.

Dutasteride is fairly new and was only patented in 1996 and approved for treating benign prostatic hyperplasia (BPH) in 2001. Unlike Finasteride, it has not received FDA approval for hair loss drug in the US. It also works by inhibiting the conversion of testosterone into Dihydrotestosterone (DHT) – the androgen that causes male pattern baldness.

Are looking for solutions that can stop your hair fall and regrow hair? Visit Oliva Clinic today to consult the best trichologists!