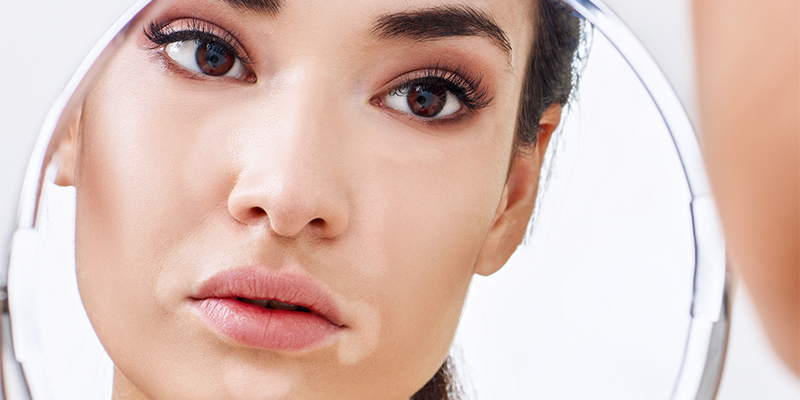 While increased pigmentation in certain areas of the body is a common concern, depigmentation is also a skin issue that can raise worry and stress levels when you want to get rid of the white patches. Nevus depigmentosus is a depigmentation skin condition that can be seen in babies and adults. The lighter skin patch appears prominently and can even be mistaken for vitiligo. Differential diagnosis to accurately identify nevus achromicus can help decide the course of action to be taken to induce pigmentation in the affected area.

Nevus depigmentosus is also called as nevus achromicus. It is characterized by the presence of a hypopigmented (lighter than the surrounding skin) patch on the skin. This hypopigmented area is present from birth and has a segmental or linear pattern usually. The skin is lighter than the surrounding skin because of a disruption in the natural melanin production cycle. Melanin is a pigment produced by cells called melanocytes in the skin that impart the skin with its characteristic colour.

Must Read: How To Remove White Scars On Face?

The main difference between vitiligo and nevus depigmentosus is that the former is an acquired skin condition whereas nevus depigmentosus is present from birth (congenital). Additionally, the size of nevus achromicus remains stable as the person ages and vitiligo can progress with age. The white patches formed due to vitiligo can spread to other areas of the body and cause depigmentation in larger areas at once.

Nevus anemicus is also a congenital skin condition like nevus achromicus but is caused due to a vascular anomaly. This means that abnormal blood vessels are responsible for causing the light or pale patch on the skin.

Nevus achromicus  is classified into the following types –

In 1976, a scientist by the name of Coup established the following criteria to diagnose this condition –

To restore the pigmentation in this type of birthmark and make the patch blend more easily with the rest of the skin, the following treatment options are available at skin clinics and dermatological centers –

Must Read: How To Increase Melanin Production In Skin?

Nevus depigmentosus is a congenital skin condition that can affect the your psychology and cause social embarrassment due to high chances of it being present on the face, neck, and other noticeable locations. Even though it is a benign skin disorder, its treatment using cosmetic dermatological methods can boost confidence by making the hypopigmentation fade away so that it becomes unnoticeable.