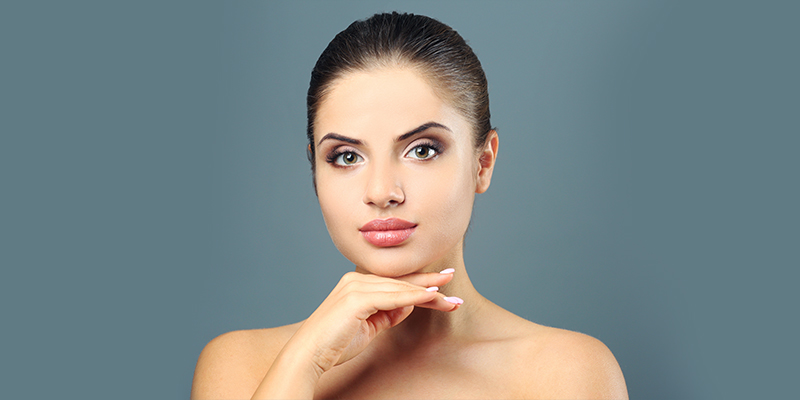 The idea of lactic acid chemical peels can often paint a scary picture in your mind, but you couldn’t be more mistaken about them. These facial peels offer an advanced form of exfoliation, which leaves your skin with an improved tone and smoothened out texture while correcting pigmentation disorders that show up in various forms on the skin.

What Is A Lactic Acid Peel?

A Lactic Acid Peel could be described as one of the most gentle peeling options available. It is an Alpha Hydroxy acid (AHA) peel containing lactic acid derived from milk. Its mild nature makes it suitable for people with sensitive skin too.

The lactic acid component in such peels ranges from 30% to about 70%, and the concentration is decided depending upon the sensitivity of the skin being treated, the extent of damage to the skin, and the desired results.

How To Apply Lactic Acid Peel?

The cost of a Lactic Acid Peel in India roughly ranges between Rs.1,500 – Rs.3,500 per session. The cost is dependent on a number of factors like –

Don’t be fooled by the mild nature of this peel. It has numerous benefits for its user despite being less intense when compared to the other chemical peels available in the market. The benefits of Lactic Acid Peel are –

The side effects of Lactic Acid Peel are restricted to a bare minimum owing to its gentleness. Some of the minor side effects are –

Lactic Acid Peel Before & After Results

Results from a Lactic Acid Peel are generally not instant except for the deep moisturizing effect. The improvement in the texture and tone will be visible in the days following the peel. It is advised to undergo such peels at regular intervals for the best before and after results. Its mild nature that rarely reacts wrongly on the skin adds to its many benefits.

Both Lactic Acid Peels and Glycolic Acid Peels are AHAs derived from fruit acids. The former comes from fermented milk whereas the latter is derived from sugarcane. The glycolic acid peel is considered to be stronger than the lactic acid one, as it penetrates deeper into the dermis.

While both of them are capable of treating similar conditions and result in improving the texture and tone of the skin, it is essential to choose between them based on the sensitivity of your skin. For beginners, the Lactic Acid Peel is recommended to study how the skin reacts to it before moving on to the Glycolic Acid Peel.

What To Expect After A Lactic Acid Peel?

After a lactic acid peel, prepare for your skin to be extra sensitive to the sun. A good sunscreen is a must, and when exposed to sunlight, wide hats and sunglasses can come to your rescue. Unusual redness and itchiness that doesn’t subside needs to be reported to the doctor.

Lactic Acid Peels are a great option for candidates who are apprehensive about the sensitivity of their skin and the effect such peels will have on it. You can start with a low concentration peel to study the reaction of your skin and slowly build upon the concentration to achieve desired results.