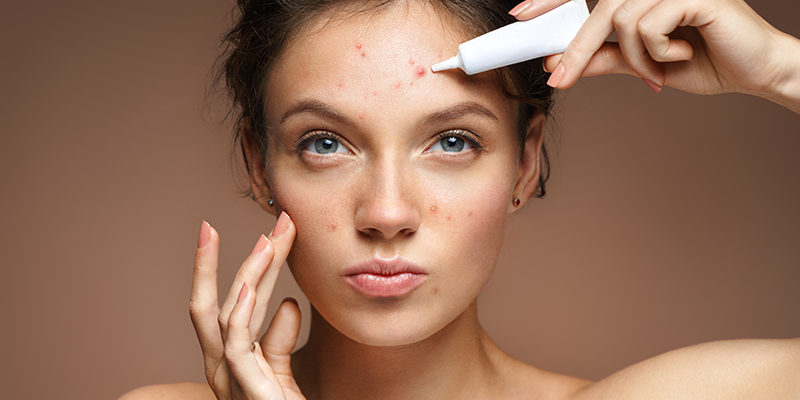 Hidradenitis Suppurativa is quite a mouthful! An appropriate name for a rare disease, it is long term skin ailment that can cause a lot of worry if not treated immediately.

What Is Hidradenitis Suppurativa?

Hidradenitisis suppurativa is also known as acne inversa, apocrine acne, apocrinitis, HS etc. . It is an unusually rare, long term skin disease that consists of small, painful and pimple-like lumps under the skin. It can appear similar to acne, boils and cysts. The occurrence of hidradenitis suppurativa happens wherever the skin rubs together i.e. groin, breast, armpit and between the buttocks. These lumps can break open and bleed, often accompanied by foul odour.

It generally starts after puberty and can persist for many years. Hidradenitis suppurativa worsens with time so it must be treated soon after its first appearance. It can cause an emotional upheaval and have serious consequences in your daily life. Early diagnosis along with proper treatment can help manage the disease and prevent further complications from arising. It can leave deep scars and also cause depression.

Who Is Prone To HS?

HS being an uncommon skin infection, it only affects certain types of people. Patients who develop HS include

What Are The Stages Of HS?

Must Read: How Do You Treat Acne Nodules?

HS is triggered when hair follicles become blocked and this hindrance can lead to inflammation. No exact reason is given behind this occurrence. Although there are speculative reasons behind HS that include –

HS is not an infectious disease nor is it caused due to poor hygiene.

What Are The Symptoms Of Hidradenitis Suppurativa?

Identifying HS can be difficult but once it is diagnosed, the disease can be controlled and monitored. HS can show the following symptoms –

Must Read: What Is The Treatment For Acne Fulminans?

Unfortunately, there is no medical cure or effective treatment that can completely heal HS. However, certain drugs can be used orally and topically to control the disease –

Since Hidradenitis suppurativa looks similar to boils or acne, it is necessary to visit a dermatologist for a thorough diagnosis. Ignoring such a disease can aggravate it and lead to bigger problems in the future. Make an appointment today, before it’s too late.

No, HS is not a contagious disease. Since it is a chronic inflammatory disease, this means it is brought on by an individual’s own body irregularities and immune system.

Difference Between MRSA And Hidradenitis Suppurativa?

MRSA (methicillian-resisitant Staphylococcus aureus) is a bacterial infection that affects the skin and is contagious unlike HS. MRSA is 100% treatable, curable and does not come back. In the case of HS, it does reoccur and cannot be cured completely.

Does Hidradenitis Suppurativa Get Worse During Menstrual Cycle?

Yes, unfortunately. HS is known to be hormonal disease affecting women more than men. It does flare up and symptoms aggravate during the menstrual cycle.

What Lifestyle Changes Should I Make To Improve My Illness?

There are many ways to improve your HS condition. Losing weight will definitely help along with quitting cigarettes and eating healthy, wholesome diet.

HS is a fatal disease if left undiagnosed and untreated. It is chronic and inflammatory condition that has no treatment but can be controlled using various oral and topical medications.

How Mild Or Severe Is My Hidradenitis Suppurativa?

It entirely depends on your diagnosis. Visit your dermatologist and find out the degree or stage of your HS. The sooner you contact your doctor, the easier it will be to control HS.